The genius of Doris Lessing 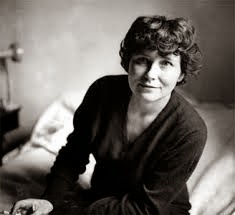 Taking a break from NaNoWriMo to pay tribute to the great Doris Lessing, who died yesterday. Truly one of the greats, a fantastically honest and political writer who was not afraid to shine a light on uncomfortable corners.

She is most famous for The Golden Notebook (which established her in many eyes as first and foremost a feminist writer) and for her science fiction works, which broke with serious literary convention.

But for me, it is Lessing's Children of Violence series that is her most brilliant legacy. Five books covering a pivotal time in the 20th century, socially and politically, encompassing both world wars, colonialism, dysfunctional families, sex, parenting, communism, politics, art and liberation. It is not the happiest read in the world, but it is an essential read. If you want to know what really happened in the 20th century, these five books will take you there.

Lessing would have hated all the fuss being made about her. She continually resisted being labelled a "wise woman"  or a "feminist". She resisted labels in general. Which is what made her writing great.

Posted by Katherine Tanko at 00:30