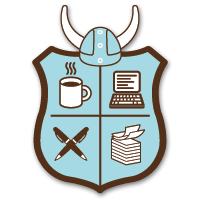 I've resurfaced after a month at the coal face of NaNoWriMo. That is short for National Novel Writing Month and it does what it says on the tin --a writing challenge to produce £50,000 words of a manuscript from the 1 Nov to the 30 Nov.

It might sound like madness, but having done it for the first time this year, I think it is a little bit of genius. First of all, what better way to spend November, that dark and dank waste of a month, than with fingers glued to the keyboard? But mostly, it was a brilliant way to kickstart my second novel, which I had been avoiding (more like dreading). I had spent a torturous seven years writing the first one (or mostly re-writing the first one...) and could not face starting to climb that mountain again. NaNoWriMo gave me a way to dive straight in and just start swimming, without worrying about the quality of my strokes or whether I looked fat in my bathing suit, etc. Without it, without the impetus to produce close to 2,000 words each day, I would have stalled early on, getting bogged down in detail, backtracking. Instead I was able to write roughshod over my own pedantry and get on with the story.

I managed to write a reasonable draft too. Or maybe it is better described an elaborate outline. Either way I have completed the whole story in 50077 words, with my characters established, plot laid out, themes, symbols and pretty much everything coming together in the way it should. There is even some good writing in there, amidst the dross. I can now use that to write the book properly. And it definitely won't take me seven years.

Thank you NaNoWriMo. You are ace!

Posted by Katherine Tanko at 00:58