What on earth has happened to my beloved Bath Literature Festival? When I first moved here ten years ago, the festival was the literary highlight of my year. I would pounce on the programme as soon as it came through the door, pouring over the pages to see who was coming, which writers were being featured that year. New writers, different writers, literary writers --this was what the literature festival was all about. I could always count on a few events with obscure writers from far flung corners that promised to open up new worlds, allowing me to discover great new talents I would otherwise never have heard of. 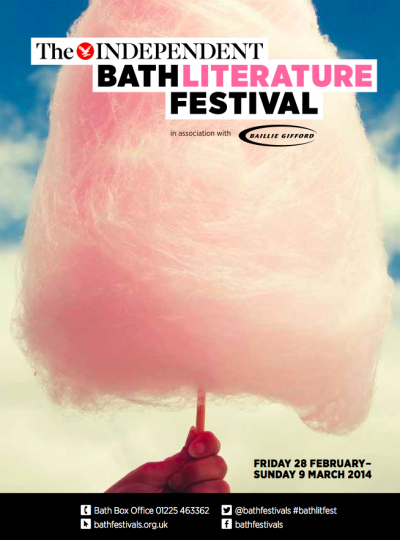 Over the last few years, for reasons that are not entirely clear to me (budgets? creative directors? pressure from sponsors? collective lack of imagination?) this tradition has slowly disappeared. Instead of discovering new worlds and new writers, we are now invited to revisit the same worlds we see on our TVs or in the review section of our newspapers every week. We are invited to pay £10 to listen to the likes of Alan Titchmarsh flog his new book (really) or listen to one of many home-grown writers we can hear tuning into Radio 4 on a given week. Instead of embracing the world of writing in all its diversity, it is slowly closing in on itself and becoming an insular, dull affair.

This year, under the directorship of Viv Groskop, it has reached a new low. With the exception of Russian crime writer Boris Akunin and American Gary Shteyngart, there are no international fiction writers at the festival at all. There are certainly no African or Asian writers, none from Latin America. It is an almost exclusively white, middle class programme full of the kind of household names you can hear about and read about in the mainstream press on any day. It is less a literature festival than a publishers' clearinghouse of popular fiction where the focus is on bland, mainstream events catering to the lowest common denominator in the hopes they will pack the rooms to the rafters.

An example: A few years ago, I went to see Gyorgy Dragoman, a Hungarian writer I had never heard of, talk about his book The White King, about life as a child behind the iron curtain.There must have been a dozen people in the audience. After a terrific talk and reading, I rushed out to buy the book. Standing in the non existent queue to have my book signed by the author, Dragoman stood up, shook my hand and thanked me.  If it hadn't been for that event, I would never had discovered this wonderful book and writer and my life would be the poorer for it.

For those heading to the Bath Lit Festival this March, Germain Greer is already sold out, but tickets are still available for Jonathan Dimbleby and Philip Hensher....

Posted by Katherine Tanko at 10:17