Am I the only person who didn't like this film?

After last week's rant about bad Hollywood films, I thought I'd do a good Hollywood film just to show how fair and even handed I am. With that in mind I sat down to Gravity at the weekend, the multi-Oscar winning, critically acclaimed "sleeper" hit of 2013. 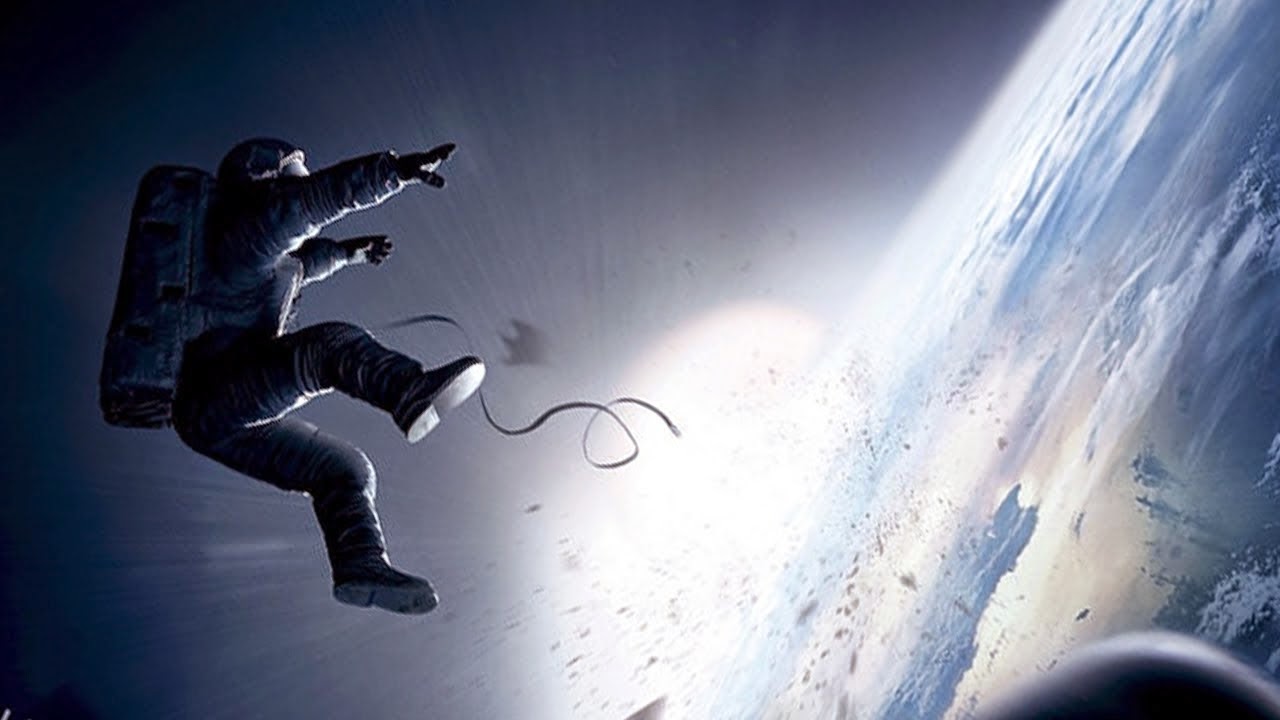 It all started off well. Fantastic space setting with astronauts floating about, the blue earth providing a magnificent backdrop. Definitely a movie for the big screen, I thought tucking into my popcorn. So far, so spectacular. But once we got down to the story --and the characters-- it became clear that spectacle was the only original thing on offer. George Clooney's Matt was the kind of wise talking, fearless male hero that has become the mainstay of action films since Bruce Willis mugged his way through Die Hard. Here, Matt zooms around in space on his jet pack, telling funny stories to mission control, exhibiting all the standard traits of masculine heroic cool. The role of scaredy cat went to Sandra Bullock's Ryan, the novice space travelling scientist on her first mission, who starts the film panting in illness and doesn't really move on from there.

The plot almost immediately moves into action movie mode, as though fearful we will get bored of pretty space pix or character development (beyond Matt = brave+experienced x Ryan = novice+nervous) and soon our heroes are dodging hurtling debris and spinning through space untethered. Their shuttle is destroyed and they must make their way across the heavens to another space station in the hope of finding a ride home. 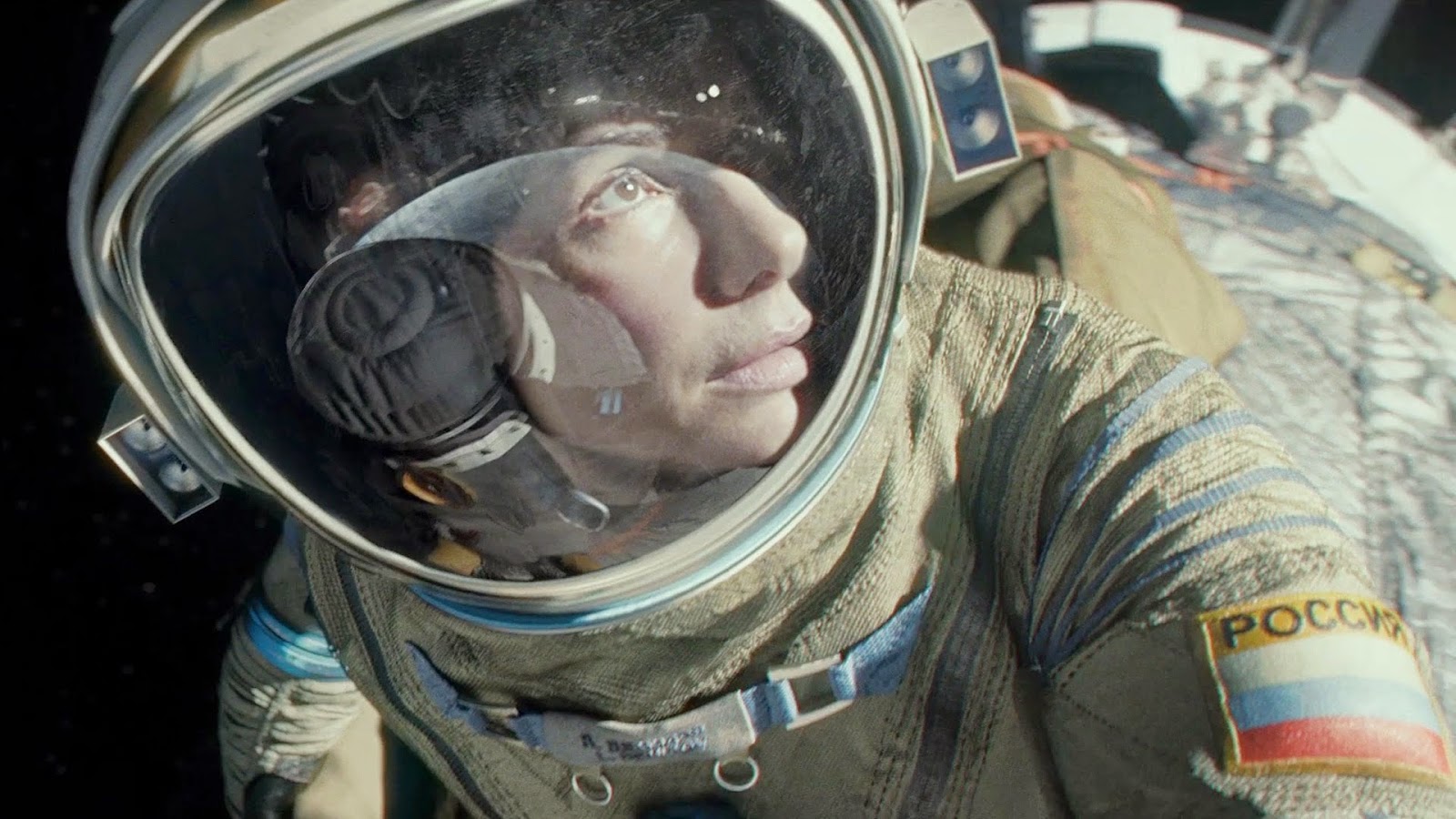 It is at this point we realise the filmakers, so intent on creating a visual spectacular, have had an imagination failure when it comes to the details of the plot and characters. As Matt escorts Ryan across the cosmos, doing his casual shtick, he asks if there is "anyone special" back home. Now I'm no expert, but I'm guessing astronauts spend a hell of a lot of time in close quarters and probably get the basics out of the way quite early --married, kids, hobbies? It is hard to believe that only a life or death space walk has prompted Matt to suddenly ask whether Ryan has a partner. Because the only point of the question is to reveal Ryan's Big Secret and Key to her Personality --her daughter died when she was four.

Personally, I couldn't see the point of this, other than the hope it gave Ryan depth (it didn't) or somehow made her more sympathetic (nope) or her fight for life more poignant (again, no). 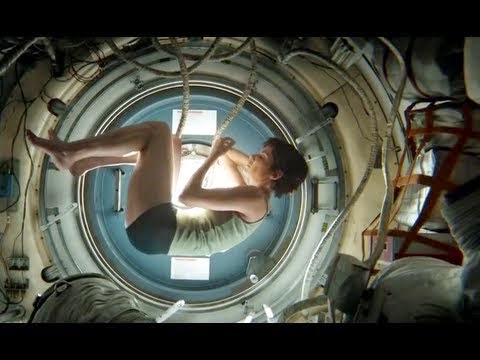 There is a great deal of rebirth imagery going on which, in a film with some depth might be profound, but here it just looks silly. And then there is the inevitable God Reference. At one point Bullock whimpers that she can't pray "Because I was never taught how." She even says it twice, just to hammer the point home. The message is clear: secular, non church going types are threatening the future of the species and the universe by not inculcating some god-fearing sentiment in their children. At least if it was taught in schools, everyone would have some Our Fathers up their sleeve in the event of a sudden untethered space walk....

Gravity is an inherently conservative, conventional Hollywood film dressed up as cutting edge. Personally, I feel insulted by that. It's like being promised Beef Wellington, then being given a sausage roll instead. The effects may be spectacular, but character and story-wise it feels like we've gone back in time. Ryan is no Ripley: she is a rather dull heroine who never seems to move beyond an emotional monotone: fear and lack of confidence. She is a vehicle for the plot, a body in a spacesuit. Personally, I didn't really care whether she made it or not.

To add insult to injury, after the dvd was over, we flicked on the tv to catch 20 minutes of Minority Report. In that time, a series of men led by Tom Cruise did serious things and had serious conversations about the serious plot of the film. Three women appeared in the film during that time: one to serve tea to her husband, another to provide a laptop to her boss, and the third to have sex with someone.

Posted by Katherine Tanko at 02:06